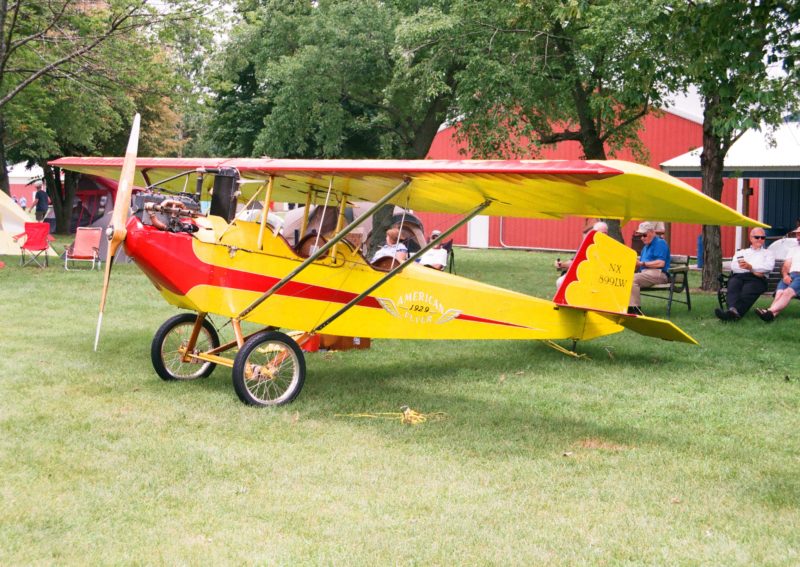 From any honest viewpoint, the truth remains: Aviation is expensive. If you are one of the individuals like myself who are plagued with innate desire to fly then you can at least pursue your dream in the safest and most cost-effective manner you can. While there are a few cheaper ways to get in the air (powered paragliders, ultralights, even sailplanes) the Pietenpol Air-Camper is optimized on several accounts. First it is a two-seat airplane. Therefore it can be a vehicle for shared experiences with friends, my wife, or my children. (Yes, plural “children” is soon to be correct!) Secondly, there is an enormous community around the design. Community is invaluable not only for technical support, but also camaraderie and encouragement through the build process. Thirdly, the Air-Camper is easy to build, fly, and maintain. And all this can be within the build budget of $15k and quite possibly less.

One helpful attribute of the economics of plans-built aircraft is that much of the cost can be end-loaded. This means that very small costs are encountered in the beginning such as plans and materials. Towards the end are when larger costs are incurred such as aircraft hardware, covering, instruments, and finally the engine. This is helpful from a financial perspective because less of the cost of the build is sitting in an unfinished airplane and is therefore free to pay off a house or enrich other investments.

Let’s put numbers with this. So far I have spent $400 on the airplane. (This was mostly funded by an odd job I did on a weekend thereby relieving the family budget.) I have created a conservative budget of $10k for this build. While is quite likely to cost more than that, this is a worthy goal. I therefore have 96% of the budget remaining, and this cost should keep me busy building all the wing ribs. $100 of that is the plans which I will use for the entirety of the build. (To finish the wings I will need spars, leading and trailing edge material, and various pieces of aircraft hardware. The total cost of the wings should be under $1,000.) After all of the wing ribs are completed, the process will be adapted slightly to facilitate construction of the tail feathers.

We have heard it said that time is money. While the two are readily interchangeable, humans are born with an allowance of time, but not money. Time is therefore more fundamentally available. This is partially why I have chosen to scratch-build rather than kit build or even save and outright buy an airplane. The decision is also influenced by two other factors: First is the immense pride and joy that I anticipate from flying in a machine that I built. Second is the quality assurance. I will know exactly the reason for every design choice in every part, and no quality of the aircraft will be to me in an ambiguous state. Brenard Pietenpol designed the Air-Camper to be economical and robust. I intend to maintain those design goals by pursuing cost without compromising safety. Below is an embedded spreadsheet that I update with every purchase wherein the total amount spent is shown along with a calculated percentage of my budget. Ten thousand dollars may be a conservative budget, but it is a worthy goal. I will be happy if the final cost is less than 150% of my budget.

The Air-Camper was designed to be an airplane for the common man. And now, nearly 100 years later, I am curious to know if this is still true.