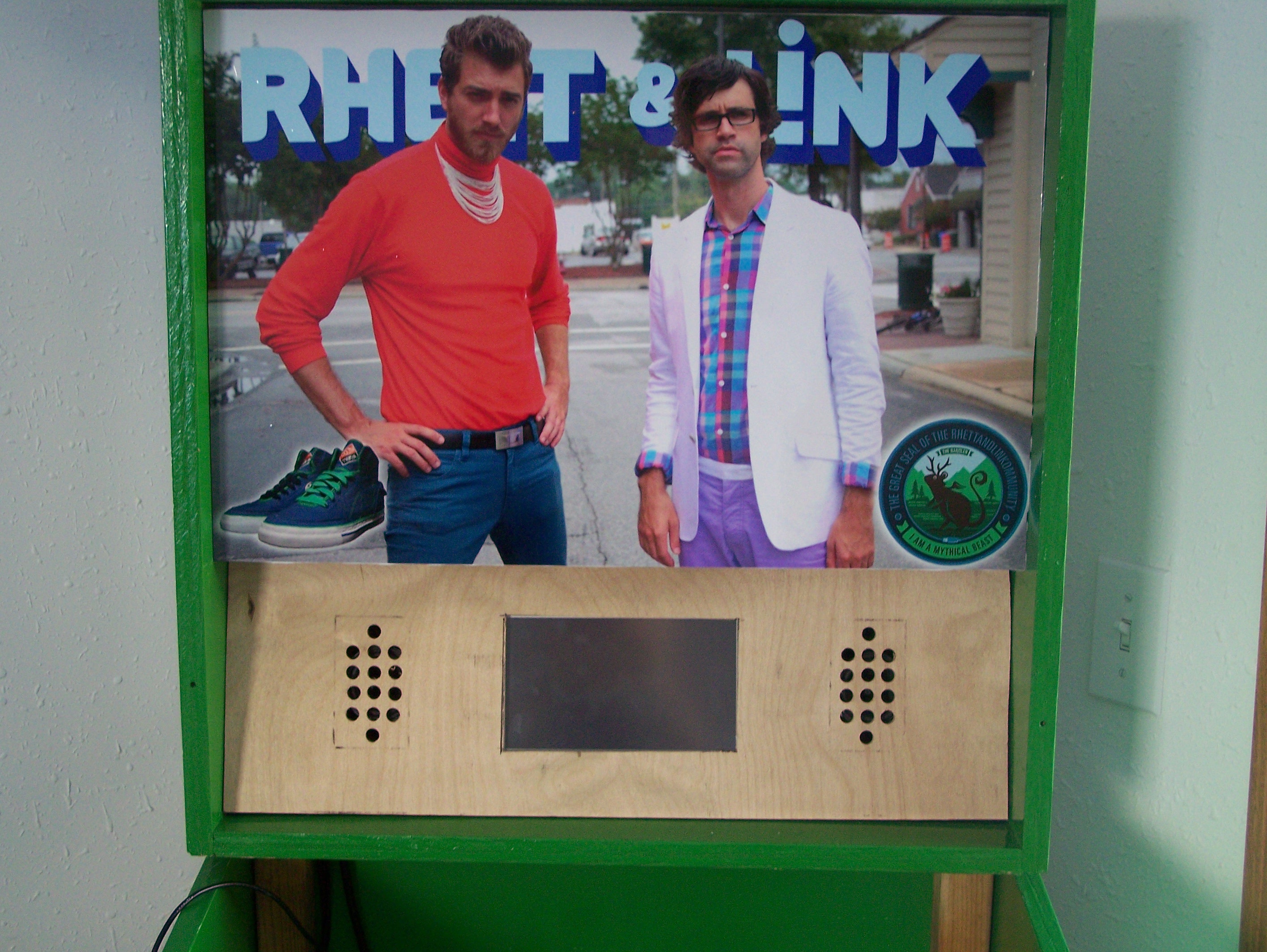 I think we’re due for an update again. In recent pinball history, I’ve got the backbox art set in place, and an HDMI screen and audio connected to the Raspberry Pi 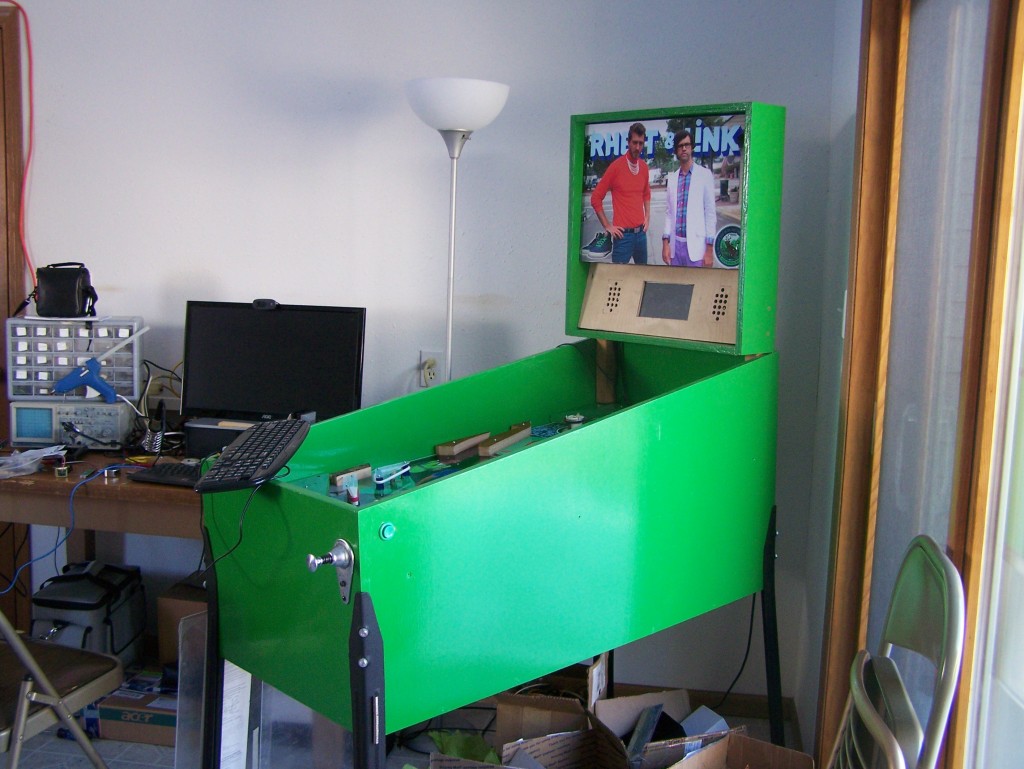 The board for the screen and speakers is obviously just set in there, and the artwork is only wedged in place. But you get the idea. 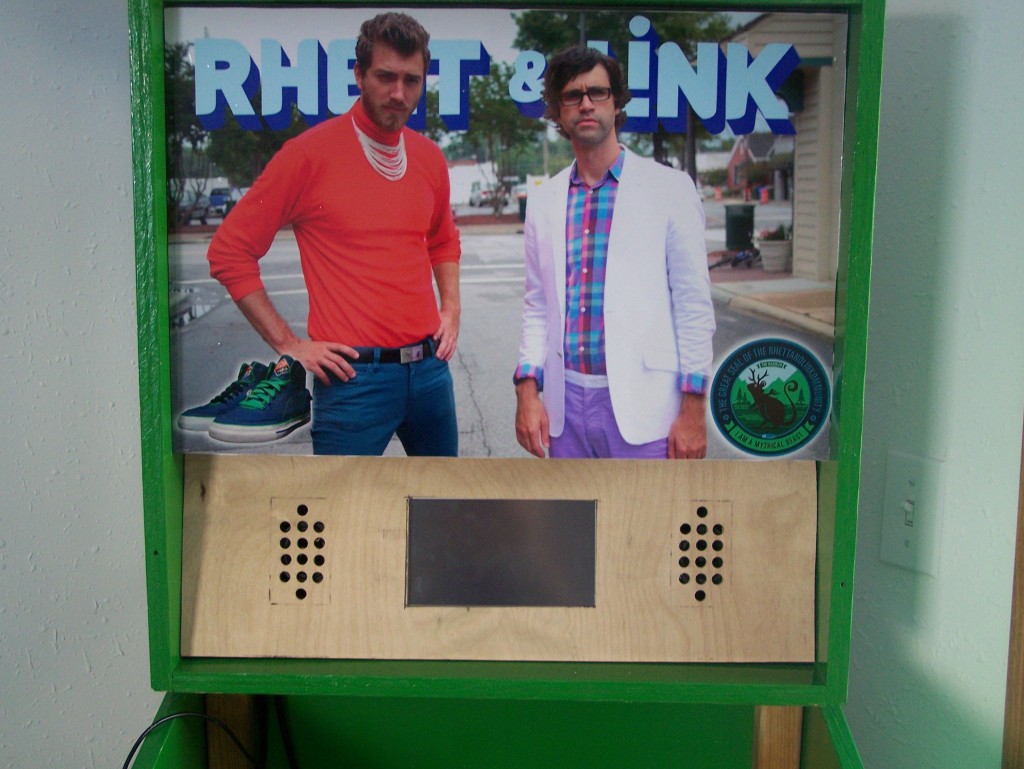 Here’s a close up of the backbox design. I know now that it’s pretty narrow, but oh well. Next time… 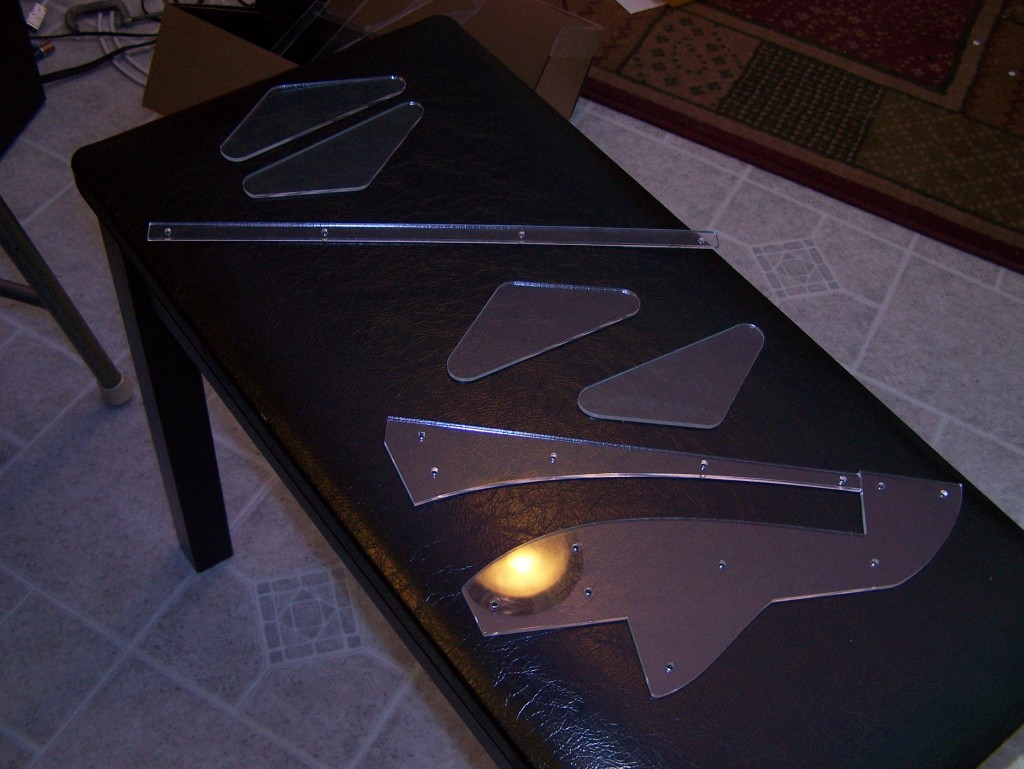 Plastic parts for the lanes and slingshots. I had an AWESOME day at Ben Heck’s shop.

He let me use his laser cutter, and got to play Ghost Squad, and lots of his other projects. 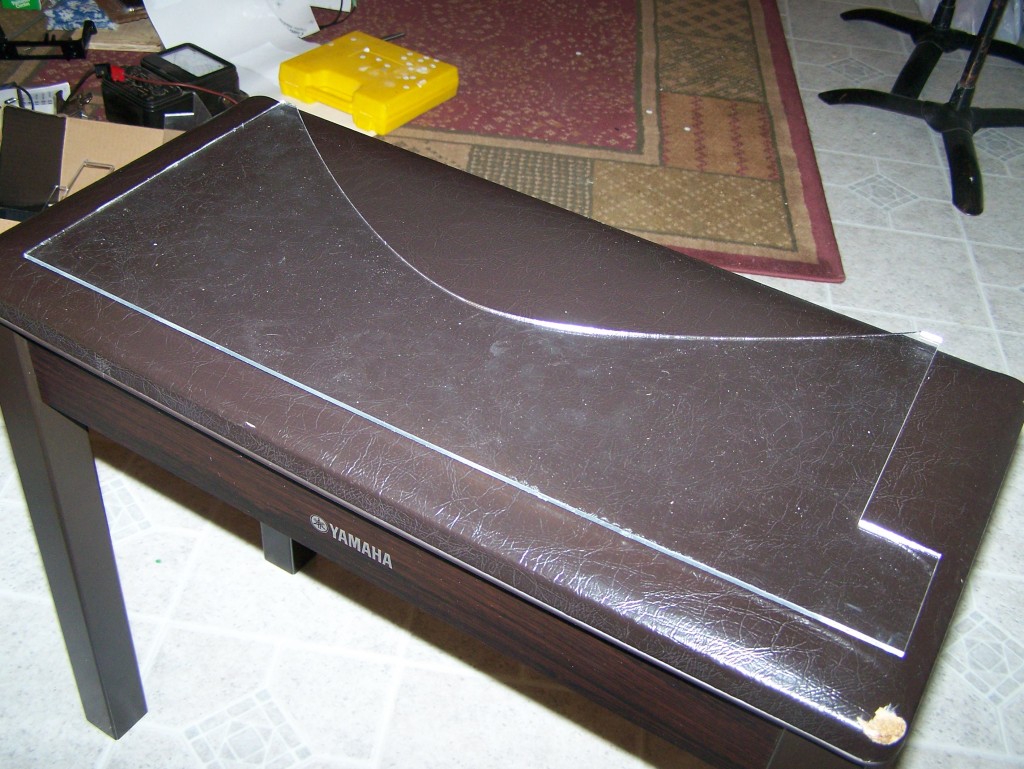 Here’s the laser cut apron. It’ll eventually have graphics on it.

So, then about Python. As you may know, I’m using the Raspberry Pi as the brains for the whole thing. It’s been working pretty well, only problem is, when PyGame is doing it’s graphics routine, then sometimes the system will miss a switch input. Ben and my older brother (who is a software engineer) suggested putting the scanning code on a separate thread. I’ll have to try that. If worse comes to worse, I could always use two RaspberryPis. 😀

That’s it for now. Check back soon, and to be sure to not miss updates, follow me on twitter @marktbaldridge.