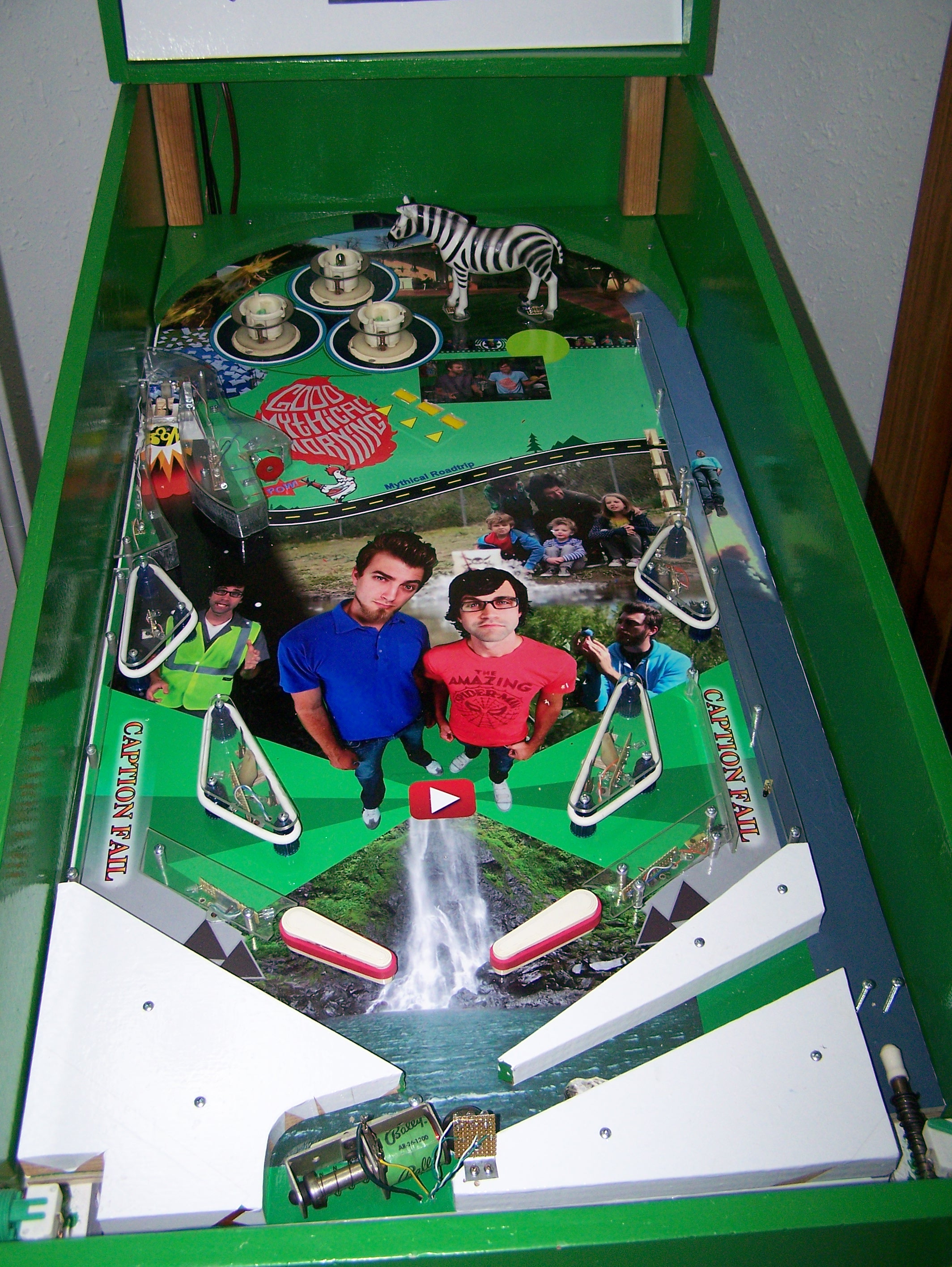 So, I have still been working on the pinball machine! Let me mention though, that you should never fool yourself into thinking that you can work a 40hr/week job, AND actively build a pinball machine at the same time.

That being said, here’s some of the small progress I’ve made recently. 🙂 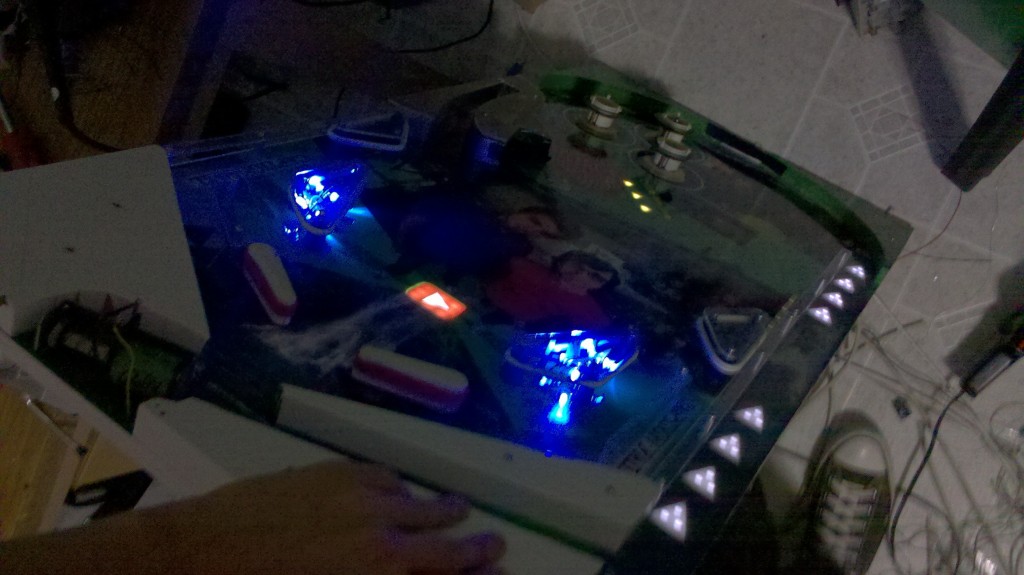 There’s some of the first few lights I put in the playfield! It’s pretty cool looking! 😀 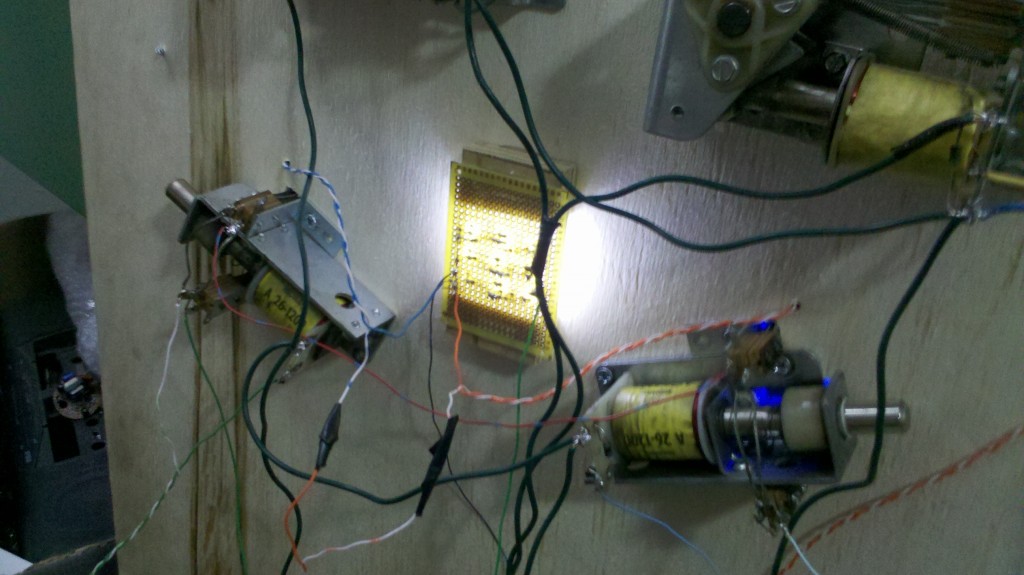 It even looks cool from the back side! 😀 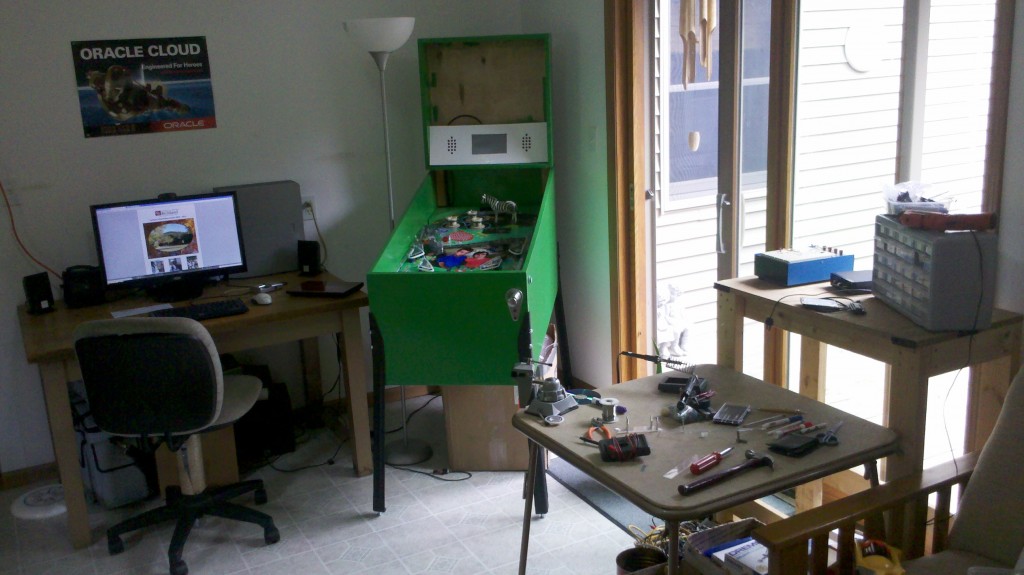 I cleaned up my workspace. It hardly even looks like the same place! 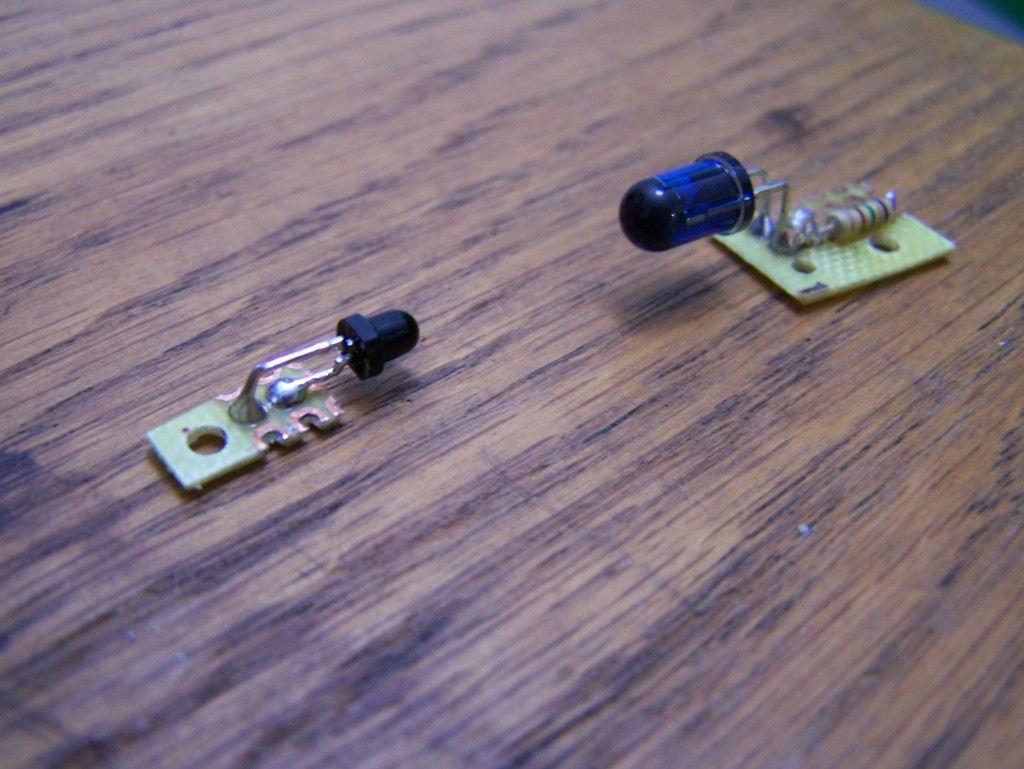 Using a punch, and some surgical scissors, I can cut and tool these little circuit boards for the Infra Red sensors. 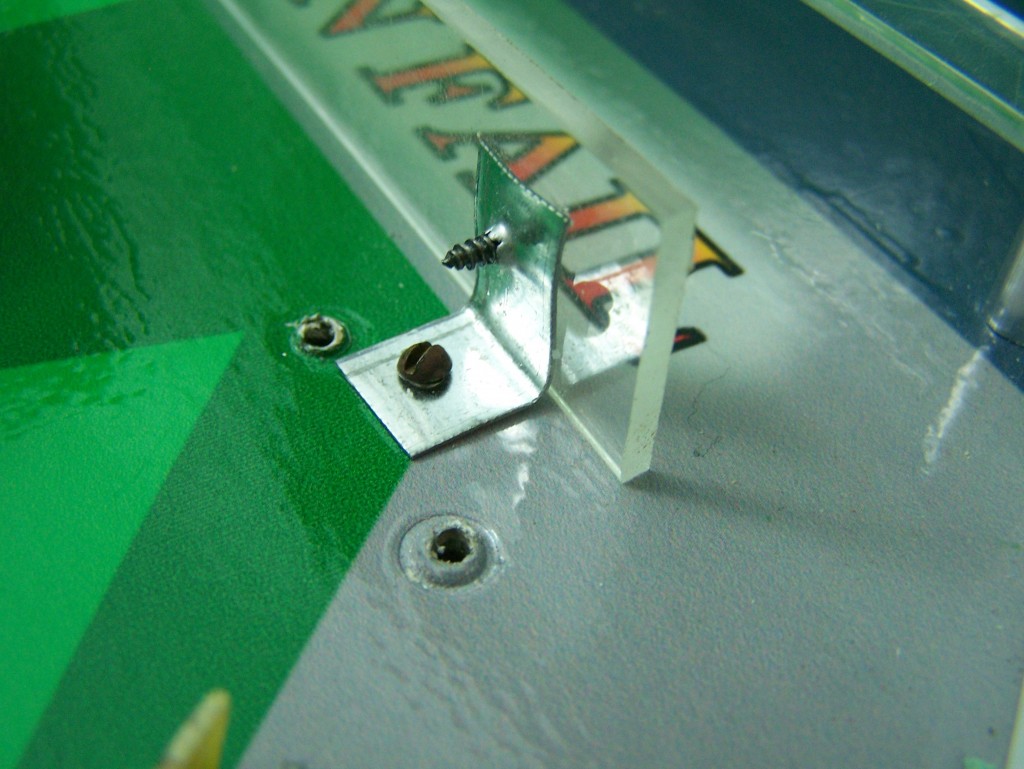 I finally figured out how to hold some of those acrylic pieces up. I had to use tiny pieces of sheet metal, and some of the world’s smallest screws. 🙂 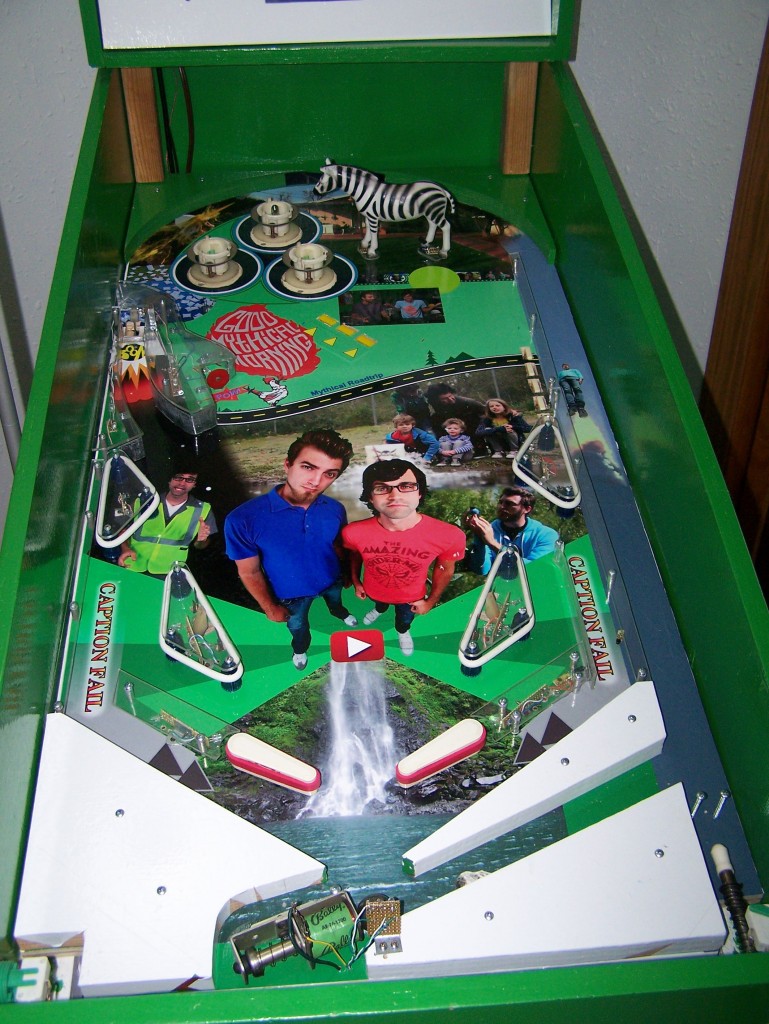 So, there’s the playfield as it stands now. Once I get the lights all wired up, and some programming going, I’ll post a few action shots. 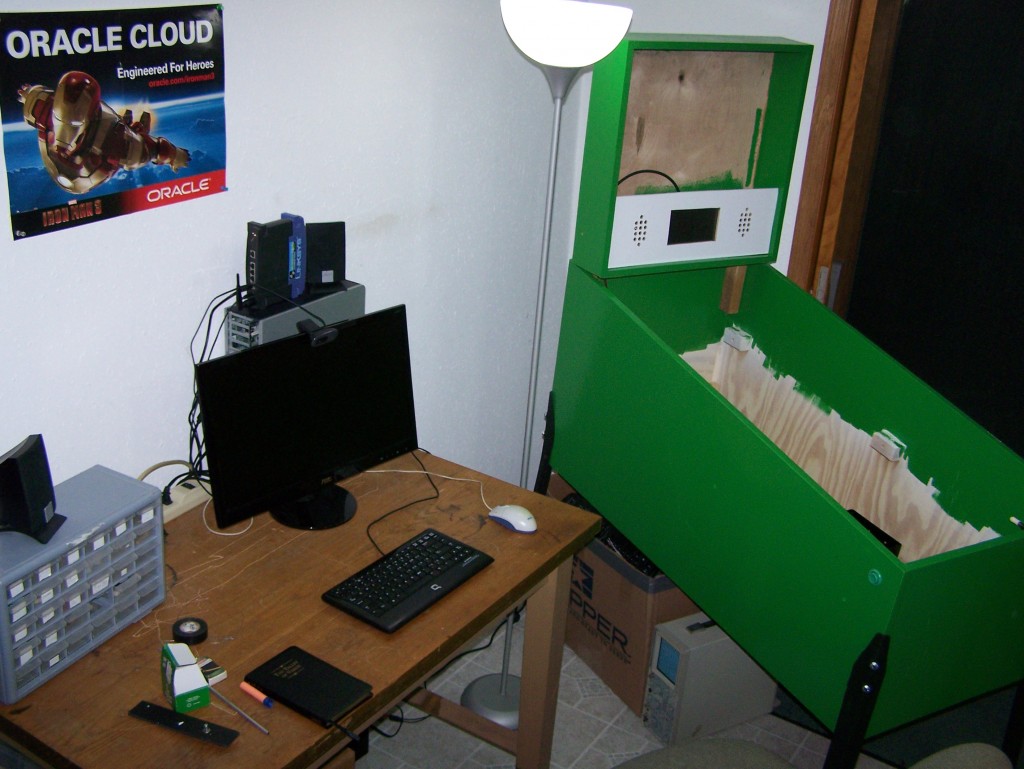 Once again, my clean desk. You can probably tell I’m proud of it. 😀 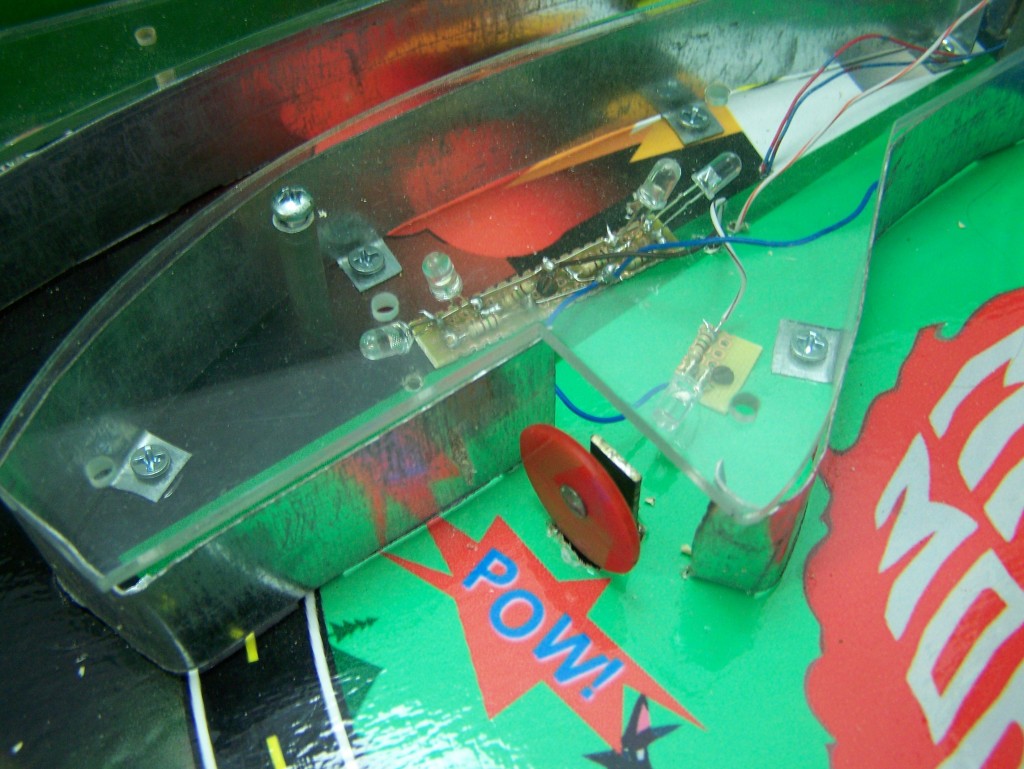 It was kind of fun installing that single target. It looks pretty cool!

And don’t ask me what “POW” means.I guess it was just borrowed from the original Mario Bros. 😛 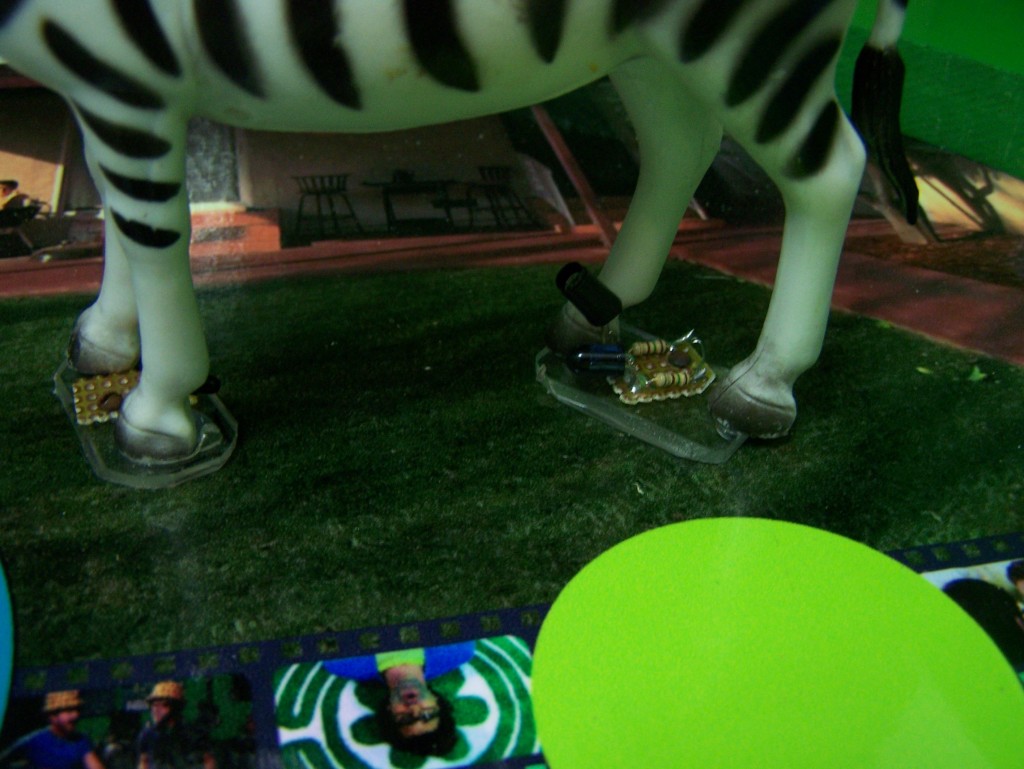 There’s the Dope Zebra finally installed! Roll the ball under the zebra, trigger the IR, get some points! 😀

I’m still trying to decide how to discreetly get the wires into the playfield. But I’m sure that will come.

Now, admittedly, my Dope Zebra isn’t very Dopey, but aside from getting a 3D Printing, that was the best I could do.