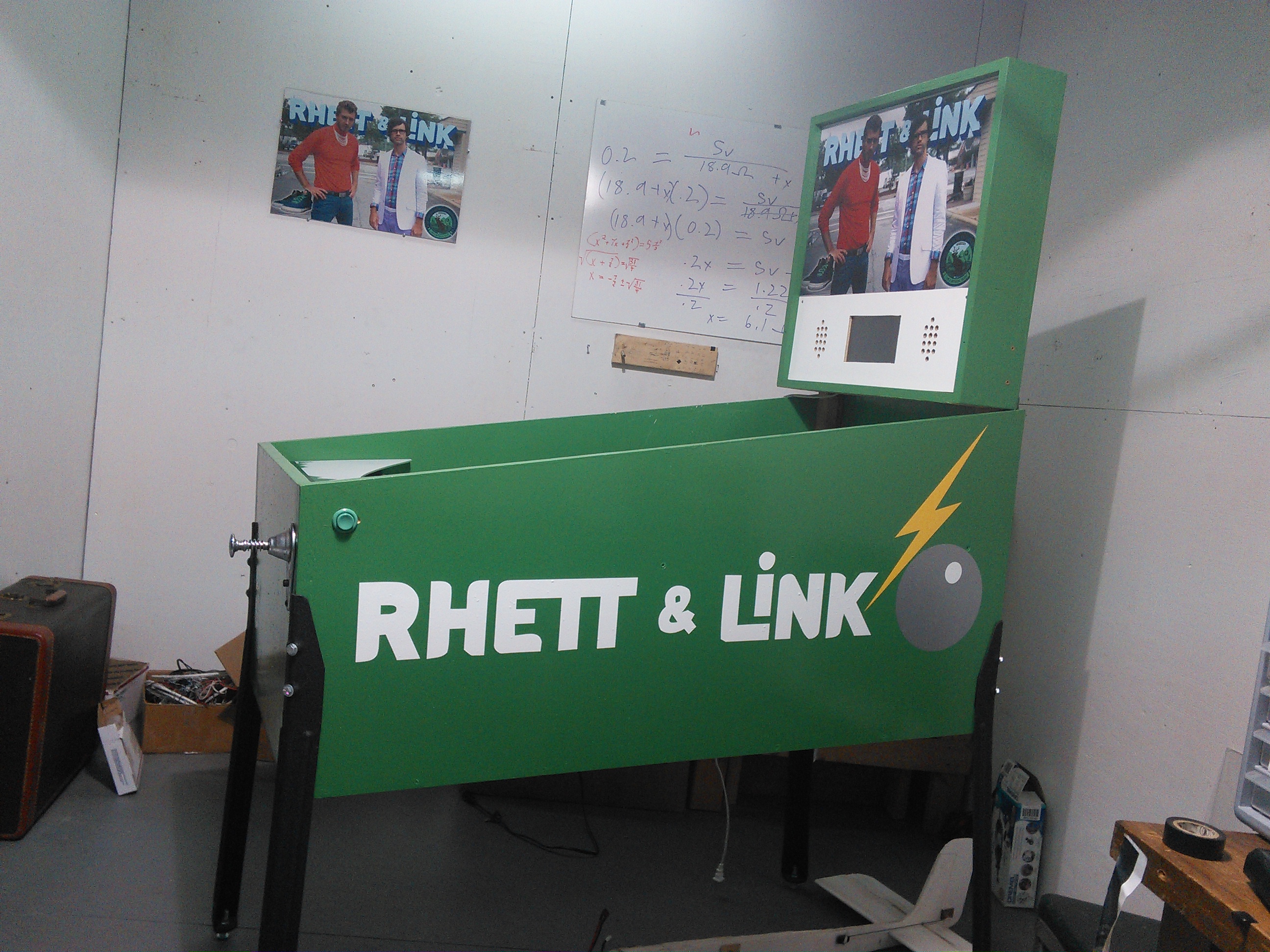 Admittedly, the Pinball project has received a minimal amount of attention from me recently, and even less coverage on this blog. But nevertheless, I feel that I at least owe you all an update to it’s current status. In a nutshell, it’s looking great!

I ordered from darkhorseprinting.com again, this time getting several contour-cut vinyl pieces, and quite a bit of backlit vinyl. I finally broke down and replaced the vinyl on the backglass with backlit instead of 3m Controltac. It lights up so much better now. I also installed several small pieces of backlit vinyl in the playfield.

So, there’s backlit vinyl on the slingshots, the flipper guides, the viral boom lane area thingy, the shooter lane rail, and most impressively, on the apron. If anyone would happen to notice, the general idea for the apron design came from the footer of the Rhett & Link Kommunity page. I obviously re-drew it all, but the general ideas are the same.

Here is the lower portion of the playfield. For anyone who’s interested in the detail. 🙂

As to the technical status of the machine, here are the biggest points of interest currently:

All that to say, the pinball project is not forgotten. Inspiration may be rather difficult to muster towards the end of a multi-year project like this, but I still have every intention of finishing it.

The whole project is darn awesome, I simply need to keep reminding myself that. 🙂